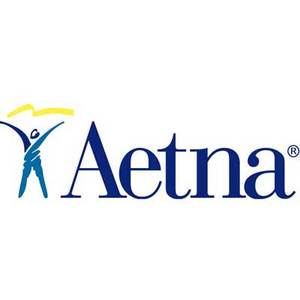 First time I used them ,got denied my insulin! They said it wasn't covered Great coverage aye! I need it to live! Of course they wanted me to go through a pile of hell to get an exemption!😤 I am 65. Ain't got time for games. Dropped them like a hot rock! Made a small fire and sacrificed my Aetna cards back to the devil where they came!😈😈😈

I have dealt with many insurance companies over the years so I have a lot to compare to. In my years of experience with insurance companies, Aetna has proven to me to be the most irresponsible and unresponsive company on so many levels. They have made multiple HUGE errors in claim processing (denied due to wrong gender....really!?) Then when I called to get the issue corrected, hold times were ridiculous! This has happened multiple times and there is no excuse for the errors over and over again! Clearly, they have a quality control issue in their claims department. In other more serious issues, when I have had to write to their customer service or appeals department, it has consistently taken them 3-4 MONTHS to respond and most of the time it has been a form letter that doesn't even address the issue appropriately. If I could give this company NEGATIVE stars, I would! If you have a choice, save your frustration and go elsewhere. And if they were the lowest quote, as in our case, well you get what you pay for!

after all it poses still as an insurance so they have to resemble one. If you seek an advice over the landline - its useless. These people will fight over USD 400, which is stupid, considering the choice of a provider is still yours. I would be concerned for my life if I had to rely on it AETNA overseas.

Love that you can call coustomer service line and always get a real person without any trouble. No automated run around. And then those people are very friendly and will do everything they can to get your problem solved. They don't tell you what you need to do they do it for you . I have used their customer service more times that I can count on one hand. They always get things taken care off. Love love love any company who has put the service back in customer service.

Aetna has paid for nothing so far: they approved a CT scan, then disallowed it; they do not pay for my prescription for basic blood pressure medicine; they did not pay my dentist even though I had the additional dental coverage by claiming the dentist was out of network even though they assured me the provider was in-network;they fill me with dread every time I need to see a doctor because even though I double check to be sure I have an in-network provider, I anticipate a fight.

No one at Aetna can seem to give us a straight answer in regards to my wife's doctor and her visits. We have been fighting with them for months now to cover my wife's Well Woman Exam which has been legally covered by Executive Order since 2013 and they are refusing to pay. At first it was an "experimental" procedure and they would not cover it; they also stated that my wife's doctor was out of network but when we looked it up the website said she was in network. After a month of phone calls and no consistent answers from anyone, we were able to get the actual exam paid for but they still refused to pay for the doctor visit. Another month of phone calls later, we finally got to someone that "fixed" our problem, an email saying they resolved the issue and that all along Dr. Blackwell was in our network. We thought our problem was fixed but unfortunately my wife is in need of a procedure for her endometriosis and we are now being told once again there was a mistake and Dr. Blackwell is out of network and she needs to find a new doctor. Nevermind the written document we have saying that she is in our network and apologizing for the mistake in the first place. Instead "you must be mis-informed" is what we were told with no offer of help to fix this ongoing problem. What great customer service!!! At this moment, we are counting the says until open enrollment begins again and we wont make this mistake again.

I am a small business owner and purchased individual insurance for myself and my son starting in 2014. It's been a disaster of an experience. Just the highlights - I was told that my out of pocked max for by hospital birth was 6500 - ended up being 6500 for me + 6500 for my child who spent 8 days in NICU - grand total of 13,000. I called and cancelled my son's coverage for 2015 since he was being covered by his father's insurance. They neglected to make the change. Aetna "accidentally" dropped my service along with my son's service (which, luckily, he did not need) in 2015 because that plan was no longer offered. In such cases they are supposed to auto enroll you in a similar plan. We were both totally dropped - I had no idea until I could not fill a prescription. After 3 attempts with customer service, the first 3 told me I had to wait until the next open enrollment period, I was finally told that the cancellation had been done in error and they re-instated my coverage. Billing - I am enrolled in autopay - some months I am not charged at all - some months I am charged for 4 months. Seems to be no rhyme or reason. My son's father recently lost his job and I needed to re-instate coverage, which, legally - I should be able to do - as an exception to open-enrollment. The Aetna agent told me - sorry, you cannot apply for coverage - you have to wait until open enrollment. I explained all the details but the agent was no help. I called Humana - the agent was informative and said, absolutely, your son qualifies for an exception and can be covered. Horrible experience, I will get out as soon as I can!

My company switched from a self-insured plan to Aetna. I have had Rheumatoid Arthritis for 40 years and have had my ups and downs. A little over three years ago, my doctor prescribed Orencia to me and it is a miracle drug. My insurance covered the cost ($2900/month per the website)and Orencia helped with the co-pay. My monthly cost was $5.00. My doctors is trying very hard to get approval for Orencia from Aetna but it is one obstacle after another. When I called the company (that's another story!!), I was told they did not find the medication "medically necessary." Orencia has changed my life so much and Aetna doesn't care. Not having the Orencia will mean the difference between not having pain and working full-time, to being in a lot of pain and applying for SSDI. Other people are in this situation with drugs that mean life and death. I have not heard one good thing about Aetna from my co-workers. I cannot write here how I really feel about them.

Aetna covers a lot of things for the $14,000 in annual premiums that I pay them since they are the only choice I have - and yet they won't cover blood transfusions, even after accidents or in cases of Cancer. Even Medicare would cover blood. Aetna doesn't even care if the blood was donated to the Red Cross. Now I've paid $5000 for 3 units of blood and a unit of plasma to avoid dying. I hate Aetna. Customer Service Even their reps cant explain why they will cover a bypass operation for hundreds of thousands of dollars but yet wont pay for the blood that is needed.