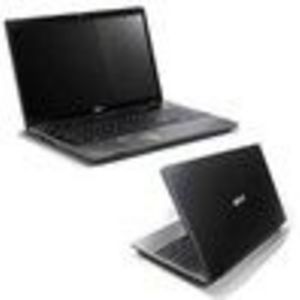 I really like the Acer Aspire Notebook, my husband just gave it to me as a surprise gift about 3 months ago. It is my first personal laptop. I am really happy with it. It is nice, sleek, attractive design, a perfect weight and size. It has great speed capacity and a good amount of memory. It is simple to use and self explanatory. Anything that is new to me has been easy to figure out after exploring a little bit on the laptop. I like that it is our first Acer laptop. We have bought other brands previously, but I really like this one and we will keep it in mind in the future when we are in the market for a new laptop for our family. Ease of Use Simple to use and easy to make your way around. Battery Life Battery life is average and reasonable, depending on what you are using the laptop for. Support & Service We have had no need for support and service as of yet, as it is brand new. Speed/Performance Good speed, really satisfied with this. Design Beautiful, sleek, smooth and modern design.

Overall, this is a good computer. I've had mine for two or three years now, and as a college student who takes a lot of online courses and who also works as a digital artist, trust me when I say my Acer gets A LOT of activity. It has great memory, a fast run-time, and the newest edition of windows. However, my biggest problem is the battery. I've had to replace the battery once already. Additionally I'll need to take my computer in to a computer repair shop soon because the charger port has come dislodged from the computer itself--I have to struggle every day to make sure the charger port is angled juuuust right, otherwise my computer won't charge. It's a great device, but the battery and charging port could use some improvement. Ease of Use It's a super easy computer to use, with a decent screen size. As a digital artist, I use all kinds of accessories with my computer, including 2 different types of artist tablets and several other software programs such as photoshop, and SAI. I've never had a problem yet. Battery Life To be fair, I use my computer a lot. However, my battery was slowly deteriorating within the first six months or so. I've since had to purchase a new battery for the computer, which I only bought about two months ago. So far, so good, but it's still a replacement battery. Speed/Performance My computer gets a lot of internet use. The speed is pretty great, and overall the performance of the computer is very good too. I run a lot of programs on my computer, and my Acer keeps up with them all pretty well. Design Design/charger port issues as mentioned. The charger port itself has come dislodged from the body of the laptop. In order to get my computer to charge, I have to use a C-clamp to push down on the frame just above the keyboard, and I have to angle the charger into the charger port very specifically, otherwise I'll get no charge. I feel like this is a pretty noteworthy design flaw, because a friend of mine who also has an acer aspire computer has had the same problem with her device. Maybe it's an Acer thing? Durability Charger port issues as mentioned. I don't relocate my computer very often, and I treat it as gently as I can. However, the durability of the charger port isn't so great. Other than this concern, the keyboard still works great, and the screen is as bright and clear as ever. Other additions to the computer, such as the speakers and microphone that come with the computer itself, still work great.

This notebook computer is a pretty good one. I got one for my birthday from my parents (as I am a college student and wasn't really able to afford one on my own) before I headed off to school. It worked pretty well up until I had my hard drive corrupted and had to send it in for repairs, right before finals. Luckily, The warranty took care of it all and I didn't have to pay a cent to get it fixed. It came back good as new. It's honestly a pretty good computer and I'm happy my parents got me one. It kinda sucked having it die on me the way that it did being so close to finals and all, but it came back in time, fixed and in one piece. It is still a pretty good notebook. Overall, I would recommend this notebook anyone who is interested in a good and decently priced computer. It's good for college kids and anyone else who is in need of a good notebook computer with an excellent warranty service. Ease of Use Easy to use! Battery Life Pretty good battery life, just remember to recharge it! Support & Service Wonderful! Saved my life when my computer died on me! Durability I had only had it 3 months before the hard drive became corrupted. Wish it would have been a bit sturdier

I have been using one since 3 years now. Overall satisfaction is good. Runs fast and not at all noisy. I use it everyday for personal use. Great for any anyone for medium level use. Plays great quality videos. Set it for balanced power save, and it will run for an average 5 hrs of use.