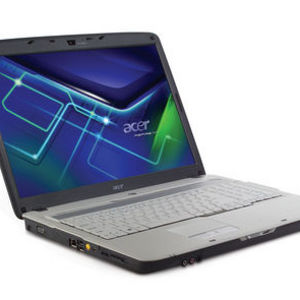 The wifi and small size makes it a good notebook for travel. It comes loaded and ready to use with multipurpose software. The touch pad is customizable to your preferences. It has a lot to offer for its small size. It is more durable than most tablets, and offers a full size keyboard inside its compact space. Quiet keyboard with good sensitivity allows for quick typing. The touch pad also has a side-to-side and up and down scroll feature you can turn on or off. The battery life is reasonable. Maybe not as long as I had hoped for, but gives you sufficient warning to go and find a plug in. Easy to use memory sticks. The only disadvantage has been it has no CD drive, but we have watched many movies from downloads or Netflix. Easy to put in an outside pocket on a carry-on bag. My Acer Aspire has traveled all over with me. It has been x-rayed by the TSA so many times it should glow in the dark. Battery Life Could be a little longer, but gives a display warning when it is low.

I bought my Acer Aspire custom made in June 2008. I started hainv problems with it within the first month. I got the first "Blue screen of death" in the early part of July. I was constantly having to roll back the computer after doing updates. Programs would crash all the time, and it turned out to be a very unstable, unreliable laptop for me. The battery life was supposed to be 6 hours, but even if I ran off the battery with the high effeciency setting the battery would only last me on average about 2.5 to 3 hours. Eventually my battery wouldn't charge, so unless I had it plugged in it wouldn't even power on. In November my computer messed up entirely and wouldn't power on after intalling a Windows update, I had to have my HD flashed and lost EVERYTHING on it, including my school assignments and irriplaceable pictures that were only in digital format and several other things, when this update was installed for some reason I was unable to roll back the drivers and everything to an earlier working condition because when the update was installed it deleted my history. When I got my laptop back after this first instance it worked okay for a little bit then I started expeirencing issues again, everything from programs and drivers failing again, to it powering off for no reason, to locking up and freezing and just all sorts of issues. Again in February my computer completely failed to the point that it could not load Windows so I contacted Acer to get it fixed thru my Warrenty and it took about 3 days fighting on the phone with agents and it seemed as though NONE of them spoke English. By the time I was finally able to get a work order to get it fixed I had been without my computer for almost a week while I was an Online College Student, so it was very inconvenient and I had to send it off and be without it while it was being fixed also. After about a week I finally got it back and was told that the motherboard had failed and so they installed a new motherboard. My laptop worked again for just a while before I started having issues AGAIN. After about another month I had to send it in AGAIN to Acer for repairs. So in late March, early April 2009 I was without it again for a couple weeks while I had online courses I had to complete and my fiance was in Afghanistan and web conferencing was the best communication method we had. So not having my laptop was discouraging. I got it back again and was told the motherboard had been replaced, so I was now on the SECOND motherboard within 3 months. Within 3 weeks the same issues started happening AGAIN. Again, I sent it off to Acer, by this time they were paying for me to send it to them and everything, but it was still inconvienent because of my classes and my communication with my fiance. In early May I got it back and this time I only had it back for 1 day before it had a NEW issue so it was sent back in for the 6th time they "expedited" the repairs so I was only supposed to have to be without it for 3 days and it was supposed to be fixed, by a "Senior Tech". I got it back and my built-in webcam and built-in mic were shorting out anytime I touched the lid, (mind you this was my means of communication with my fiance who was deployed) but I suffered thru it and would constandly have to reset the computer to be able to use my cam and mic anytime they went out. I was tired of going without my laptop every few weeks. This laptop has left me with a HORRIBLE taste in my mouth for Acer brand products. I WILL NEVER AGAIN buy another Acer, not will I buy Gateway, or eMachine as they are all from the same company. Anyone who is considering buying an Acer computer of any sort, I seriously suggest you look into buying a different brand. The computer continued to give me issues and in Late June it completely died again and I tried to call Acer again to get it fixed and they refused to help me, they said my warrenty was up and hung up on me. So all around, I think their customer service is just as horrible as their systems.