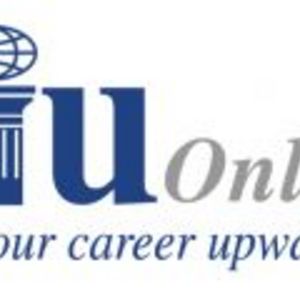 Actually, I thought my degree from AIU would be a walk in the park but found it to be a one the most richest educational experiences I've ever been a part of. The classes were convenient, challenging and surprisingly good. The instructors were very knowledgeable and encouraged all the students to excellence. For someone who didn't expect much...I was and am blessed to have been a part of this institution.

This school is really not worth your time. Yes, you will learn information. However the actually degree from this school is worthless. You will spend more money on this school then any other online degree program and this one does nothing for you. Yes, it is an easy program to follow. But the money you put into the program will do nothing for your career. The accredidation does not allow your classes to actually transfer to any college and hopefully you will not find out the hard way. I put my time, money and effort into this program only to find out halfway through my program that it is a worthless program. I suggest doing major research into any online college becuase I thought I did and apparently it was not enough and I wasted tens of thousands of dollars on this worthless program. I hope this information helps someone because I got sucked into the program not knowing any better.

I am going to tell you about my experience going through AIU. I sent in a request for more information. I wanted a degree in business. The guy calls me and gives me the information I wanted. And I decided to go ahead and enroll. I figured I would have a few months get all my funding books....etc....After I had enrolled he told me I needed to optomize my computer and get a few more student loans to cover the cost of 25,000 dollars. I told him I didn't think I could get that funding from anyone. He said that I was already enrolled and I needed to come up with the funding or pay for it myself. There was no undoing it. I went ahead and sent in aplications to the places that did studant loans. I was given 2 grand 1 grand and the rest wouldn't accept an application. I have less then perfect credit thanks to an ex boyfriend. so its really hard to get loans I had a studend grant for 2,500 that left me with 17,000 dollars to have to pay off. I called him and told him and told him that I'm having a hard time getting all the funding I needed. The job i had at the time was paying my rent my grandmothers rent both our bills etc.....I couldn't afford to this. He said that they had already sent out my books and programs. Expect them to come in the mail in the next couple of days. Then to top it off he proceded to tell me that my 1st assingment is due in 3 days. When my books get in I'm working double time on my assignments and working full time at my job. and then trying to get funding from somewhere to help me pay for the rest of the classes. Because I couldn't get anyfunding to cover the costs or afford to pay for it myself. Another week later I was getting caught up on the assignments but I couldn't get into my classes. So I called the guy who enrolled me and he tells me because they don't have the funds that i had been working so hard to get to no avail they put me on class hold. I finally found someone to get me the funds 2 weeks later but it wouldn't do anygood I was so far behind There was no way in hell I was going to catch up. They gave me 3 weeks to get everything I needed They are still trying to charge me 25,000 dollars. That I refuse to pay.