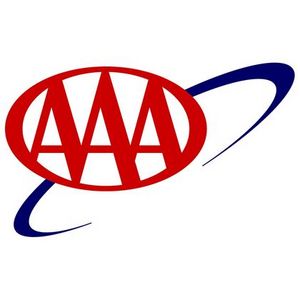 I have been a AAA member since 1979 and have used the agency for the last 4 years. At present, I have an auto policy with Safeco Insurance. I decided to shop around as the premium went up more than usual. I was told that AAA Insurance was their best quote. I did not accept the quote and started to call other companies. I received a better quote from Travelers when I called them. I then found out that AAA Insurance Agency also represents Travelers and never quoted me the price from them. They are trying to get their customers to buy AAA Insurance even when they are not the cheapest.

I have my boat , my car, my truck ,and roadside assistance with them. I think they are kind of expensive. Might be time to start getting quotes at other places. I do love the Roadside assistance one time my son left the light on and the battery died. The man came out very quick and was really nice.

I HAVE BEEN A CUSTOMER WITH AAA FOR OVER 13 YEARS AND PAY OVER 600 MONTHLY FOR CAR INSURANCE. ON TIME EVERY MONTH DO THE MATH!!! FIRST MY HOME OWNERS WAS TERMINATED DUE TO KATRINA AND NOW AFTER A SPEEDING TICKET AND A CONFLICT WITH THE DMV THAT WAS HANDLED VIA MAIL. THE ARE DROPPING ME... NO PHONE CALL FROM MY AGENT (BEN) AND HIS MANAGER WHO CANNOT CLEAR HIS VOICE MAIL MESSAGE (KENNY)

I have been a home policy holder for about 4 years, at first the company was called CSAA Fire & Casualty Insurance Company then the name was changed to AAA insurance. My problem started with a leak in my kitchen, well my kitchen pipes are also connected to my bathroom pipes and after getting the kitchen pipes fixed the bathroom pipes became clogged so I got those fixed as well only to find out the pipes had been leaking inside the walls, considering I don't have the ability to look through the walls I never knew, Mold was inside the walls so I did what I was suppose to do and called my insurance company AAA, for them to sent 3 different people out to check and then send me a letter telling me there was nothing they would do, because it was a long time problem and I should have seen the problem before now, remember it was and still is inside the walls. I wish I had known the you just pay insurance year after year and when you need them to fix something inside your walls you are just stuck, Also my roof had some rotten boards on it and somehow in my paper work the insurance company said I had a new roof put on my house in 2009, which is not true after asking about that I was told it was Agent error, and I could not get a new roof because the rot was just normal wear and tear, DO NOT USE THIS COMPANY YOU JUST PAY, PAY, PAY, THEN YOU GET A LETTER SAYING IF YOU DONT FIT EVERTHING YOU TRIED TO GET YOUR INSURANCE TO FIX WE ARE GOING TO DROP YOUR INSURANCE, OK FINE THEN SEND MY EVERY DIME I HAVE SENT YOU IN THE LAST 4 YEARS AND I WILL FIX IT, I NEVER KNEW THIS COULD HAPPEN.

Do not buy or consult auto insurance from Ryan Johns . He work at poway Sabre Spring AAA auto insurance. He will trick your with minimal coverage( he said you buy minimal cover so lawyer will not after your money !!! Is that true? Then you don't really need insurance) and discount he talksed about is after 12 month of your dividend. When some thing happen. You will be deep deep trouble . I have AAA 25 years and love AAA . Now I start doubt it,but why AAA such big company hire this kiind of employee. It's not good for company business and not good for customers. I like give people good review,but first time terrible experience, so disappointed .Stay away from him for your own good.

I am in my 50's and have had auto and homeowners insurance forever. AAA was and is by far the worst insurance I have ever had. Yes my auto and homeowners went down a bit, but beware!!! In year 2 it all went back up to even more that what I was paying before. I had the package plan with them. When trying to talk to them, they yelled at me and refused to let me at least take the auto insurance off. When I cancelled the policy and got an insurance company, they never logged it in their system. I received a cancellation letter 6 months later. I called them and they stated that it was due to my auto insurance was not paid in full. I told them that I already cancelled it 6 months ago. They proceeded to take the home owners insurance and a partial payment of my auto insurance out of my escrow ($1500). Finally after proving I had coverage they refunded me the money. The pain I had to go through was just out right WRONG! Stay away from AAA insurance. WORST EVER !

I do not have AAA Insurance but my child was in a friends car when an accident occurred. They had full coverage and coverage for injured passenger. While the Dallas Police wrote up the report they were informed of the injury to her neck and shoulder by me. This happened over the Thanksgiving week. I waited over the holiday to see if the injury would get better but it did not. Once the doctors office reopened over the holiday we called and my health insurance refused to pay due to it occurring during a accident. I contacted the claims adjuster thanks to the parents of the driver and he inputted the information and told me that another individual would be calling me (name withheld) within 24 hrs. I had no calls and no response to the situation. So basically I had no one to help me with a 15 year old girl in pain and waking up at night hurting. The driver of the vehicle is getting her car fixed and has been given a rental during repairs however please be aware even if you pay for injury your passengers maybe left in the dark like my child.

Company denied insurance, three months into the contract, base on lies, they would not provide proof no matter the requests. Agent would not return calls, senior officers ignore request for clarification

We have been insured with AAA for both our house and vehicle for many years with no claims. We returned home from a winter away to find our roof shingles were starting to buckle. We contacted AAA regarding any possible insurance claim. We received a letter a couple of weeks later stating that this wasn't covered as we used 'organic' shingles. I don't know what organic shingles are but we purchased what we thought were 30 year shingles about 15 years ago and did so in good faith. We don't know who the manufacturer was and the installer is no longer in business (He retired and has subsequently died.). We weren't pleased but accepted it. Today we received a letter from AAA cancelling our insurance stating that "... the roof on the dwelling presents an increased exposure to weather-related losses." Frankly, we WILL move to another insurance company but this incident shows AAA for the money grubbing, dishonorable company that they are. I've been a AAA member now for 23 year and I will be cancelling that as well.

I moved to Stockton, CA in April 2015, and attempted to move my renter's insurance policy from AAA along with me. After 3 months, and five phone calls, I believe today - TODAY - I was finally able to change my address on my policy. The first three phone calls I will chalk up to inability to follow through and, most likely, pure laziness. The fourth phone call was to a really nasty piece of work. I ended up speaking to a supervisor who made promises - including a phone call to let me know the address change was completed - and then promptly dropped me. Two weeks later - today - I called again to find out that no changes have been made - including my phone number - and AAA does not make any comments on your policy, so there is essentially no record of me ever calling. My recommendation - go to Farmers, they have better and cheaper policies, better systems, and much nicer agents. I shall be moving my renter's policy, my daughter's renter's policy, my auto policy, and my roadside assistance. I have been a AAA customer for more than 25 years! Everyone I have spoken to on the phone says they are sorry for all the trouble I have experienced, but it certainly doesn't feel like it.