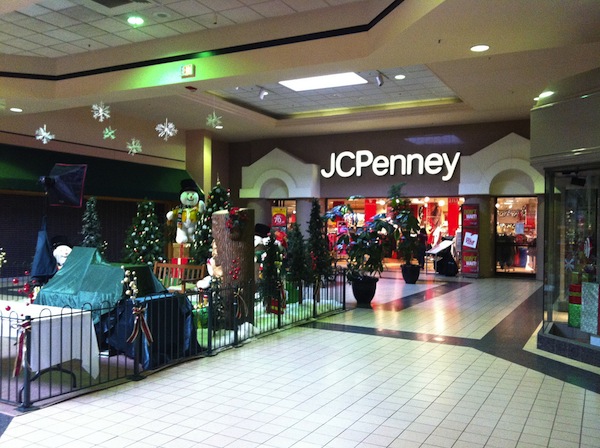 JCPenney Black Friday and Christmas sales are almost here, and this year it has some fun gift ideas perfect for the people on your list that are hard to shop for. Image courtesy flickr user: MikeKalasnik

There are always people on my Christmas list I don’t know how to shop for. I know their personalities and what they like, but I don’t know what they want. My mom is one that always falls into this category. My solution is to try to find as fun and interesting gifts as possible, but still remain practical. During my search for JCPenney Black Friday deals, I stumbled upon a few items that definitely fit the bill. But you have to be careful, their prices range from $20 to over $100.

END_OF_DOCUMENT_TOKEN_TO_BE_REPLACED 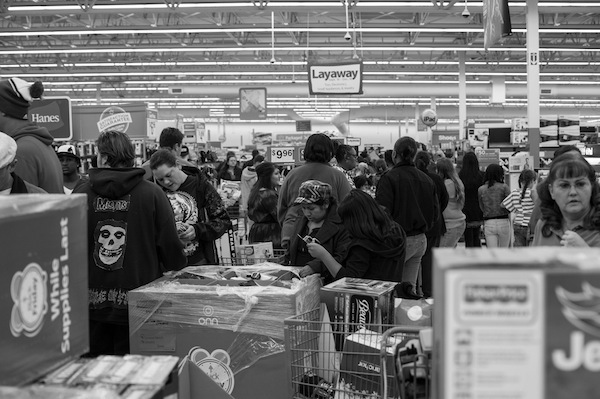 The aisles might be crowded but she shelves will be fully stocked at Wal-Mart’s Black Friday sales. However, you don’t have to brave the store if you don’t want to this year. Image courtesy of flickr user: 5goldpieces

Wal-Mart has had some epic holiday shopping news stories surrounding its sales for the last several years, the most infamous one sticking out in my mind being the Tickle Me Elmo incident of 1996 where a worker was trampled in the mad rush of parents to buy the toy. Some shoppers don’t want to deal with the chaos and are afraid to brave the aisles of Wal-Mart on Black Friday. But don’t worry, the super store has both in-store and online deals that will satisfy the at-home and the more adventurous in-store shopper this Black Friday. And, in some cases, you will save even more if you buy now, before the rush.

END_OF_DOCUMENT_TOKEN_TO_BE_REPLACED 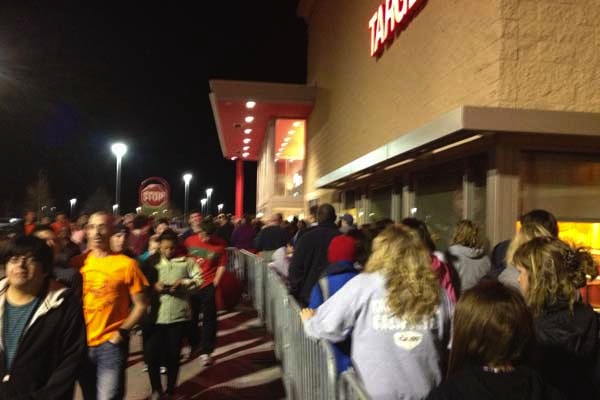 It may be blurry, but we snapped this photo in the bustle of Black Friday shopping last year. This year’s Target Black Friday sales promise to be just as good.

I love Target, but often times it is hit and miss with me. One month I’ll go in and find something I want in nearly every department, the next I can’t even find an acceptable T-shirt or throw pillow. But still, I love Target, so its Black Friday sales are very dear to me. Not only is this store having sales on items I have yet to find at other stores such as Wal-Mart and Best Buy, but it is also having extended deals and sales that go way beyond Black Friday weekend.

END_OF_DOCUMENT_TOKEN_TO_BE_REPLACED 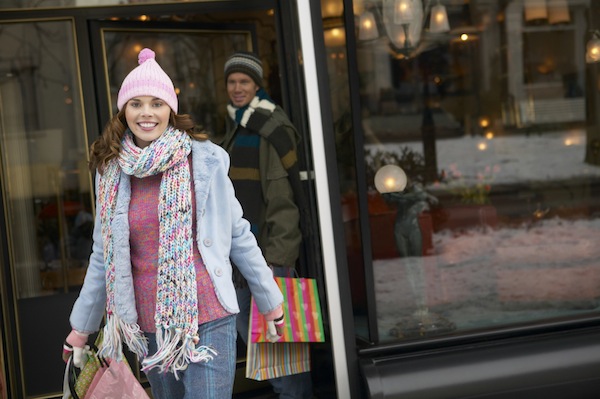 If you are looking to restock your closet or maybe to replace an appliance or two this Black Friday, Macy’s should be one of the first places you stop at.

This year is not the first one where some stores have opened their doors to Black Friday shoppers Thanksgiving night, but this year is the first year Macy’s will be. Macy’s sales will be starting at 8 p.m. on Thanksgiving Day this year where shoppers will be seeing discounts on most of its best selling merchandise.

END_OF_DOCUMENT_TOKEN_TO_BE_REPLACED 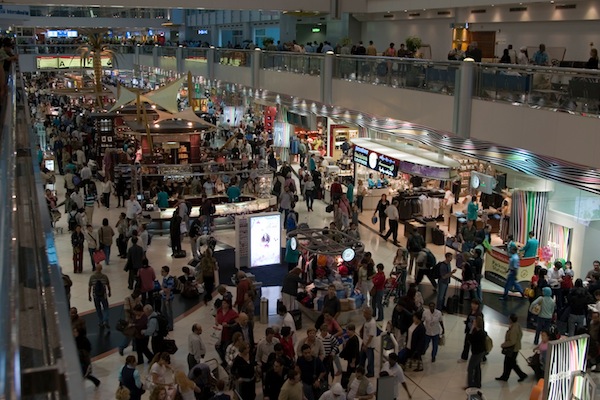 Black Friday is the biggest shopping day of the year, but there are some things you should avoid if you want to save the most money.

Most of us have already made our Black Friday shopping lists, some slightly more spectacular than others. Mine mostly includes teas and mugs to give friends along with homemade biscotti. I always buy my Christmas gifts Black Friday weekend if I can because the sales make it easier, and I love shopping way too much to miss out on the biggest shopping day of the year. But there are some items on your list that you should avoid next weekend, and I’m here to tell you exactly what they are.

END_OF_DOCUMENT_TOKEN_TO_BE_REPLACED

VIDEO: Whenever you head out to go shopping, please remember to be kind to your fellow shoppers and avoid the Black Friday shopping disasters.

I love shopping for a great deal as much as the next person, and Black Friday is certainly the time to find super sales, but I’m starting to see our favorite retailers in the news for not-so-great deals.

END_OF_DOCUMENT_TOKEN_TO_BE_REPLACED 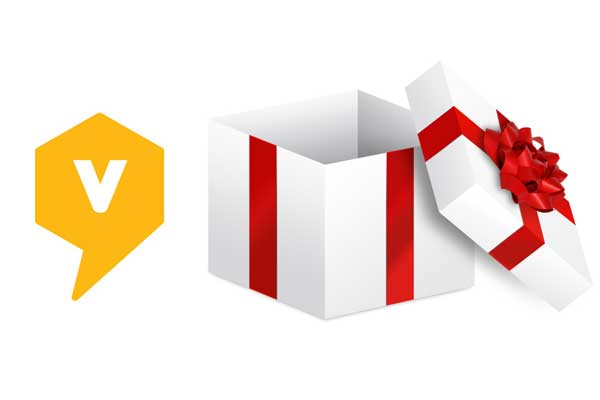 The tree’s at the curb, the ornaments stored until next year, but did the gifts pass the big test? Here are a few products Viewpoints Reviewers received and are excited to recommend.

With the gift-giving season behind us, the team at Viewpoints thought it would be helpful to take a look at the products people didn’t return to the store and are actually enjoying. Yes, it’s true. It’s possible to thrill someone with something they didn’t even ask for!

END_OF_DOCUMENT_TOKEN_TO_BE_REPLACED 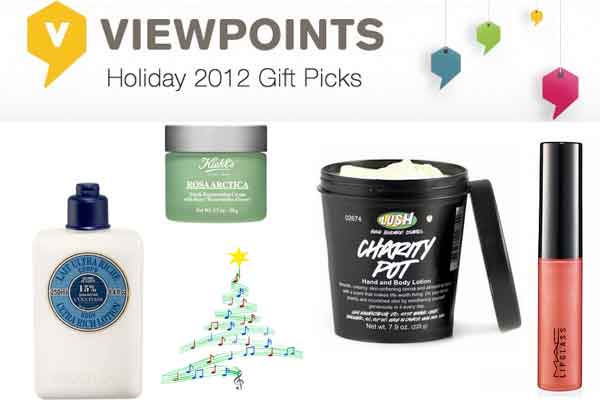 Some companies will donate all or part of the proceeds from sales to charitable causes.

As long as you’re spending money on someone you love, why not support companies that spread the love as well. We’ve rounded up products on Viewpoints from companies with a big heart.

I’m not going to lie — all the spending and trips to the mall and ogling store ads during the holiday season makes me a little sick to my stomach. Just a little.

Whenever I start planning what to get people for Christmas, I try to figure out what gifts could ultimately give back to others in a big way. Charitable beauty gifts are a good way to show someone you wanted to make their gift more meaningful this year.

END_OF_DOCUMENT_TOKEN_TO_BE_REPLACED 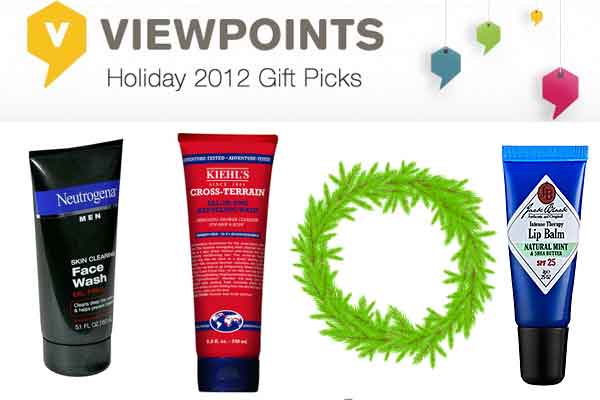 These are just three products for men that are not obvious gifts for Dad that Reviewers love.

If buying skin care products for your father isn’t top of mind, here are some popular products on Viewpoints to get you started. These work as gifts for any men in your life – father, husband, brother, or uncle.

END_OF_DOCUMENT_TOKEN_TO_BE_REPLACED 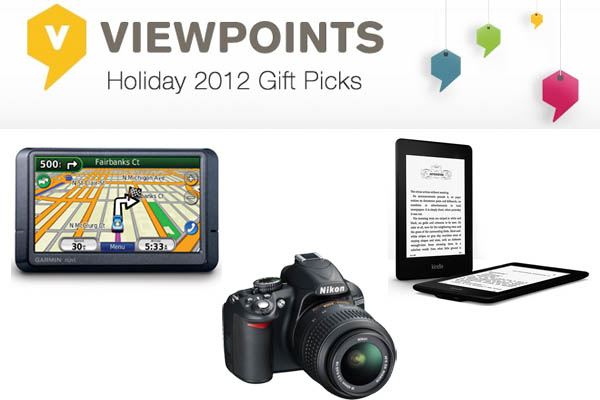 Frequent travelers need items that are worth their weight – no bulky and unnecessary gadgets or gizmos here! We found three of the top-rated gifts for your favorite globetrotter. END_OF_DOCUMENT_TOKEN_TO_BE_REPLACED