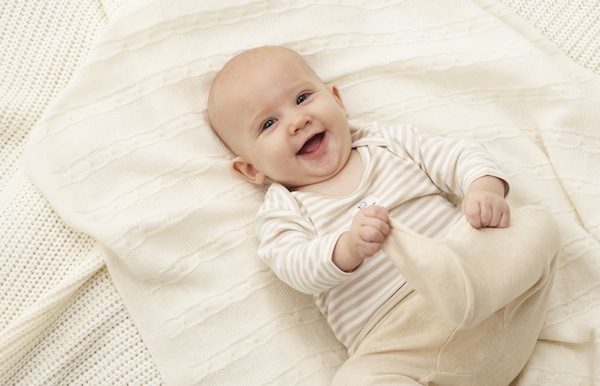 It’s a twist on an old favorite — baby oil. Viewpoints checks out Johnson’s Baby Oil Gel and discovers people of all ages like to use it — as a moisturizer, sunburn soother, even an eye make-up remover.

Winter cold and dry heat bring on dry chapped skin for babies, especially those with sensitive skin. Johnson’s Baby Oil has been a staple in cupboards for decades. A newer addition to the Johnson family, is the Baby Oil Gel, which is featured in Glamour Magazine as one of “four ways to get softer all over” by locking in up to ten times more moisture. If it works for Glamour Magazine, could it work for your baby (and you)?

What is baby oil gel?

Johnson’s Baby Oil Gel is a concentrated version of the old favorite baby oil in a gel format. As a gel, the product comes out thicker and hence applies thicker to the skin. Since the gel is concentrated, less is needed to get the same effect. The gel comes in a upright standing-tube which keeps the product at the bottom making it easier to dispense. Johnson’s Baby Oil Gel comes in four scents depending on your preference – Original, Shea & Cocoa Butter, Aloe Vera & Vitamin E and Lavender. 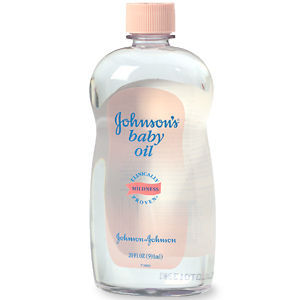 The original scent is just like its predecessor, with a baby powder like aroma. The baby oil gel locks in moisture and protects skin. Parents I know who have used the original love the moisturizing effects and claim a little goes a long way. I had used this when my oldest was little, and it worked like a charm at keeping his infant skin moist during the winters.

“It has all of the benefits of cocoa butter without the nasty cocoa butter smell.” –usapalomogreen, Reviewer since 2010

For skin soothing and conditioning, Johnson’s provides an aloe vera and vitamin E version of the baby oil gel. Users again rave about the moisturizing and soothing properties. I bet this would also be a good choice for soothing a mild sunburn.

For a little calming to go with your moisturizer, Johnson’s Baby Oil Gel also comes in a lavender scent. While many moms state they preferred the regular oil version of the lavender scent, reviews rate the Lavender Baby Oil Gel almost as highly as the other four formulas.

A little goes a long way

“This cheap bottle of magic lasts me months, plus it’s one less bottle I have to keep around since it’s dual purpose” –rachelm123, Reviewer since 2010

With a majority of strongly positive reviews, it appears you can’t go wrong with Johnson’s Baby Oil Gel, in whatever scent you choose.

Carrie Chance has long been active in the consumer reviews space, as both a writer and a reviewer. She has a special interest in kids and family issues. Carrie works full-time as a pre-school administrator and is mom to three young children of her own. She and her family live in Lansing, Michigan.