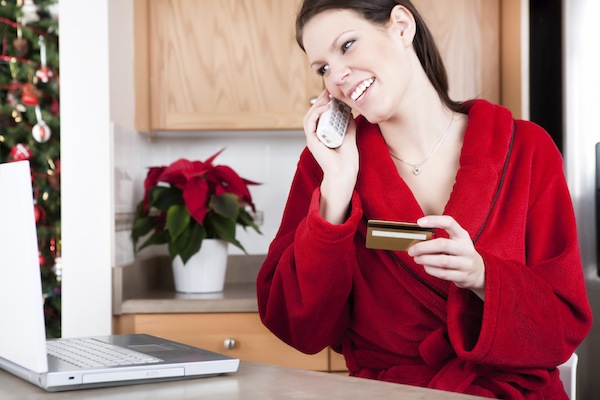 Before you buy any last minute gifts online this Christmas, you might want to check out the reviews first. Sears sale As Seen On TV items might have slashed prices, but that doesn’t mean they’re a bargain.

This isn’t the first As Seen On TV article we’ve written here at Viewpoints, trying to answer the question, “Does it really work?” From the Curl Secret to Ninja to the Worx TriVac, we’ve looked at reviews, handed out awards (to a few) and tested the ones we could so you would know if these products were worth buying. Right now there is an online Sears sale featuring some of them, but when you compare the prices to Viewpoints reviews, there are some you might want to think twice about actually purchasing.

As Seen On TV from lowest rated to highest

Not all of the As Seen On TV products currently on sale at Sears are rated low according to our reviewers, but a few are. Let’s take a look at four of these sale items in order of lowest to highest rated to get a better idea of which ones should make your Christmas list and which ones should not.

Simply put, the Ab Rocket Exerciser is a workout chair that tones abdominal muscles. All you have to do is sit in it, and press back on the chair, using your core instead of your back, and then ease back up, the motion being similar to that of a crunch or sit up. There are three different resistance levels on the chair so you can adjust it for your abilities. Currently this exercise chair is on sale at Sears for $66.49, but it was $79.99 originally.

Reviews for As Seen On TV Ab Rocket Exerciser

Since it is the first on our list of As Seen On TV Sears sale items, you know the Ab Rocket Exerciser has a low Viewpoints score. In fact it only has a 40/100, though that is based on just three reviews.

“The first day I got it I decided to use it and it made my back hurt so badly. I thought maybe I was using [it] wrong so I decided to try it again the next day and once again my back hurt but only this time worse. I used it for like a total 5 times and now it is sitting in my garage building dust.” –stacyntc, Reviewer since 2011

“The ab rocket does work, but so do traditional sit-ups. For $70-80, I can definitely find something that works me out better. It does help your back with support as you do sit-ups, but you can find things around the house the simulate the action of this.” –bj42lj45, Reviewer since 2010

Video: The original infomercial for the Ab Rocket shows how to use this machine and the intended results.

Up next is the Bumpit. This is one As Seen On TV infomercial I remember seeing a few years back: the hair-volumizing insert that is supposed to be simple to use. Just lift up some hair, place the Bumpit behind it and pull your hair back down over it before thoroughly spraying with hairspray. The Sears sale has this item selling for $31.66, marked down from $35.18

The Bumpit always sounded rather difficult to use to me, but I always thought that was because all I knew how to do with my long hair was dry my bangs and straighten the rest, or slap it up in a ponytail. But, with 28 reviewers giving this product a score of 44/100, it seems I’m not the only one who finds the Bumpit difficult to use. Many reviewers seemed to have one, similar, problem: a hair volumizer that doesn’t work on thin hair.

“They specialize in ‘volumizing hair,’ and yet they work the worst with people who have thin hair. They wiggle and wobble, and don’t stay put at all. And if you try to get them to stabilize, you’ll find yourself spending more time than you should styling your hair (which the Bumpits was supposed to do for you in the first place).” –Buggheart, Reviewer since 2007

Video: If maybe you have thicker hair and want to see more of the Bumpit, here is the original commercial.

The Vidalia Chop Wizard does exactly what its name says: chops fruits, vegetables, cheese or anything else you need for a meal or recipe right into a container that is easy to pour and clean. All you have to do is put the vegetable, let’s say an onion, on the blade-grid, flip over the lid and press down on it, which pushes the onion into the blades and the through to the plastic container below. Normally selling at Sears for $27.32, during this sale the price is dropping down to $24.59

Reviews for As Seen on TV Vidalia Chop Wizard

Unlike some of the previous products on this list, the Vidalia Chop Wizard was well received, earning a score of 83/100 based on 29 reviews. Many reviewers simply loved how much easier it made life in the kitchen.

“The [Vidalia] Chopper is so easy to use. It is surprisingly strong. I actually stood on it the other day trying to chop a hard apple and it held my weight. Positives are it is inexpensive, easy to use, easy to clean up (dishwasher), and strong for such a cheap little thing. Drawbacks are I wish the cutting part was about an inch bigger on both sides and I wish it came with more than two sizes to use.” –Hannahsmom04, Reviewer since 2008

Video: To see more of what the Vidalia Chop Wizard can do, watch this!

The Ninja Master Prep is advertised as the king of the kitchen. Claiming to have the ability to chop salads and salsas, mix dips and soups, and blend margaritas and smoothies, the Master Prep certainly earns its title. And on sale for $34.79, marked down from $39.99 full price, it is still cheaper than most other high-quality blenders.

If there is one As Seen On TV item that you should buy during this online Sears sale it is the Ninja Master Prep. With a score of 92/100 based on 321 reviews and a Reviewers’ Choice Award winner, this product follows through in nearly every way.

“The Ninja is by far the best blender I have ever owned. It is quick to put together, compact, comes apart quickly and easily for a good solid clean up. The blades are extremely sharp. This is perfect for smoothies, for making slushy drinks, frozen fruit mixes quickly. I have used it to chop vegetables for soups and mince onions so fine the kids couldn’t even detect them. It is easy to store because it is so compact.” –stephanieki, Reviewer since 2011

Video: The Ninja Master Prep is king of the kitchen in this infomercial.

Just because you pay less for something doesn’t always mean you’re getting a deal. In the case of these As Seen On TV products, you might want to look into whether the product really works or not first, because even if you pay discounted prices you’re still getting ripped off if the product turns out to be a piece of junk.