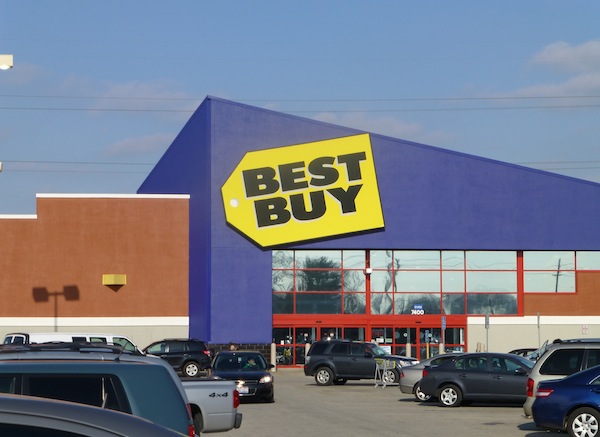 Black Friday at Best Buy this year will save you more money than in years past with deeper discounts and multiple rounds of doorbuster deals. Image courtesy flickr user: Nicholas Eckhart

I have to admit that I am partial to Best Buy. At least, I am in some ways. I like to buy my laptops there because I prefer their insurance plans to the ones available at the Apple store. But I honestly don’t go there for anything else, especially not for Black Friday shopping. But that’s only because I don’t have the budget to buy a lot of tech. However, this year Best Buy Black Friday sales make typically bank-breaking items wallet friendly.

Doorbuster deals include all your technology essentials

You can see the doorbuster deals for Thanksgiving Day and Friday morning online now, but the deals for midnight on Friday are “secret deals” and will not be available for you to see until 10 p.m. Thanksgiving Day, two hours before the sale starts.

Best deals of the day

Best Buy spokesperson Paula Baldwin said in a press release there are several deals that are really going to save shoppers money this year.

“Tvs, smartphones and digital cameras have been our top sellers on Black Friday for the last several years, and were the most in-demand items during the whole Christmas season last year. We don’t expect this year to be any different. But these are doorbusters, so don’t expect them to last long,” Baldwin added in a follow-up phone interview.

Best Buy predicts that the hottest items for this year are going to be wearables, but what exactly are they?

Wearables, or any tech you can wear on your body, are hot this year according to Best Buy spokesperson Paula Baldwin.

One of these top wearable items is the Pebble Smart Watch you can sync with Android or Apple phones. What you do with it depends on what apps you put on it, but you can potentially control music, read texts, receive notifications or make notes in addition to telling the time. Another is the FitBit Flex, which tracks your activity and sleep and comes with a free app compatible to iPhone and Android.

Not everyone is lucky enough to get their hands on doorbusters and not everyone has the money to spend on them. In a press release, Paula revealed some of the best items that are going to be on sale for under $100.

These are only a small sampling of the discounts at Best Buy this year. If you want to see more, check out the Black Friday ads online. One last thing to keep in mind when you shop is Best Buy has a 110 percent price-match guarantee, so if you are in line with that HDTV, check prices online and if you find one that is lower, show the cashier. Not only will Best Buy match the price, but you’ll get an additional 10 percent off.