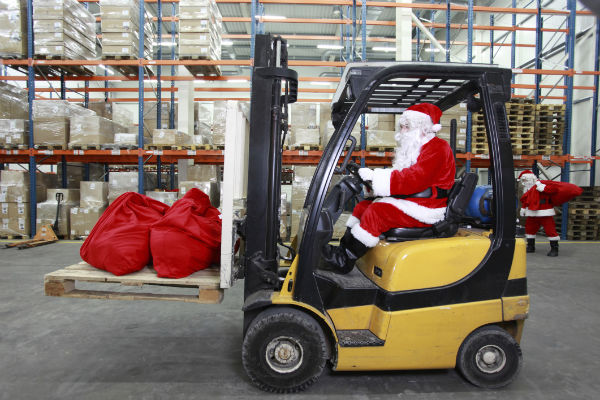 What do retailers and shopper really get out of Black Friday? Turns out, not much they couldn’t get elsewhere.

Facebook and Twitter are already rife with photos of shopping malls and Wal-Marts already stocked with wreaths and Santa hats, and decked with tinsel everywhere. The vast majority of these online posts contain the same caption—“Really?”

So what? Isn’t it great to be able to get your holiday shopping out of the way, instead of fighting like Arnold Schwarzenegger and Sinbad on the 24th of December? What various businesses have been doing in recent years, in addition to increasing sales, is allowing us more time with our families. Can it sometimes be overkill? Of course! The same can be said, however, for time spent with our families.

All of this pettiness aside, a point of contention that never seems to go away is the debate over Black Friday.

It has always sounded a bit ridiculous to stay up until 6 a.m. to get a good deal on a pair of boots or a TV, especially when your current TV is only three years old and works just fine. Regardless, stores will be crowded, and employees will be physically and emotionally drained. Many retailers are reasonable to expect a full staff during this sale, since it’s easy for PR and massive lines are almost guaranteed. But some give hardly any thought to the families of employees, let alone the meaning of the holiday season. Not only has the corporate world said “Whatever, it’s 5 p.m., Thanksgiving’s over,” but several stores aren’t even allowing their workers to sit down to dinner.

Skip the Black Friday sales and wait for better deals

Old Navy and Kmart take the fruitcake, with both remaining open for most of Thanksgiving Day. Kmart is the worst of the two evils, giving its employees zero breaks before midnight, while Old Navy allows a 3-hour power feast from 4 to 7. There are a ton of places open on the last Thursday of November, but they still make sure to wait until after 8 o’ clock. Who’s out shopping on Turkey Day anyway?

About 25 percent of Americans, it turns out. Or so they claim in a Deloitte survey. It may come as a surprise to these consumers that, even after midnight, the deals aren’t as good as popular belief would dictate. Few realize, for instance, that they can get a better price, even for doorbusters, online, rather than driving all the way to Best Buy in the freezing cold. For that matter, the real discounts don’t even start until the month of December. You know, the month when most people do their Christmas shopping.

If it seems inevitable that national chains will have to compete with the demand that they themselves created, rest assured that Costco, BJ’s Wholesale, and Nordstrom will be closed until the 29th. In the case of Costco and BJ’s, a traditional mindset and excellent worker relations made time off a no-brainer. For Nordstrom, winter isn’t their busiest season in the first place (summer is). Whatever the reason, even though these businesses can clearly afford their integrity, their unique Black Friday practices are a great help to their public image. Aside from treating staff with respect, consumers aren’t inundated with more cheap advertising from these brands until everyone else has done the damage.

Perhaps Thanksgiving is a time better left untouched. It’s one of the few times when all Americans, unbound by religion or background, can get together for a whole day to promote positive values. That, or make a shocking confession to the entire family about dropping out of school. Either way, despite the negligible amount of money that can be made while everyone is busy making deviled eggs, few things can be more valuable to retailers than convincing customers that they care.

Jeremy Rappaport is a writer at Fueled. Fueled is the world’s premier development and strategy firm specializing in creating Android and iPhone apps.