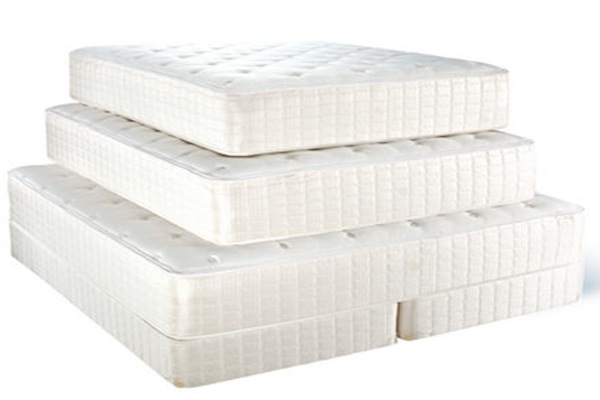 Different generations of the same IKEA mattress receive varying reviews that can help to decide if you want to invest in the newest model.

For better or for worse, some of our favorite products are discontinued. While there may not be a replacement for the Twinkie, often times when a product is discontinued, it is replaced with an upgraded product. IKEA is notorious for product upgrades, and IKEA mattresses never hang around for very long. Every time IKEA makes an improvement to one, it gets rid of the older mattress and replaces it. The mattress gets a new name and product page, and IKEA gets rid of any trace of the previous mattress. Often the names of the discontinued and replacement mattresses are similar, but it can be hard to tell on your own if the Sultan Hagavik and the Sultan Hasselback are two versions of the same thing, or if they are, in fact, completely different mattresses.

Treading the waters of discontinued and replacement products can be tricky. IKEA doesn’t necessarily make an announcement that it is replacing an old mattress with a new one, but rather that it is coming out with a new one. And even though the replacement is supposed to be an improvement, it doesn’t always work out that way. However, because IKEA mattresses are incredibly similar you can use reviews of older products to help you to decide if you should even be interested in the replacement one. 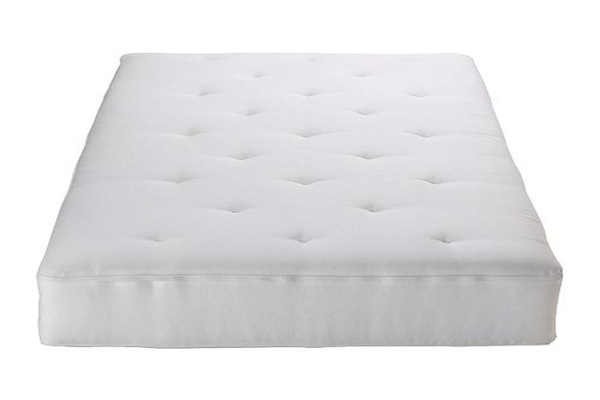 The Sultan Hasselback Spring Mattress, along with its descendants, was one of IKEA’s most firm spring mattress, causing it to appeal to those suffering from back pain.

One mattress line that IKEA has pulled the ‘disappear and replace’ act with is the Sultan innerspring mattress. The first generation of these mattresses is the Sultan Hasselback. Earning a Viewpoints score of 76/100 in its day, the Hasselback was liked for its comfort and IKEA’s extended warranty.

“I bought this mattress on sale last year. I have to admit. I bought it on the price. After having it for a year or so.. it is the best mattress I have ever owned [and] It comes with a 20 year warranty.” – knightimer, Reviewer since 2010

However, the Hasselback was not always well liked. As is a trend in the reviews for the Sultan innerspring mattresses, sagging was a problem with this mattress, as was quality control.

“I own three mattresses from IKEA. All are Hasselbacks. Two are great. One is a total failure. I think the problem is IKEA’s quality control. Is it worth the risk that you’ll buy a dud? I think not. Mine is less than a year old and it’s sagging horribly – even though we’ve flipped it every 3 months.” –designhole, Reviewer since 2008

The second generation of the Sultan innerspring IKEA mattresses: the Sultan Hagavik 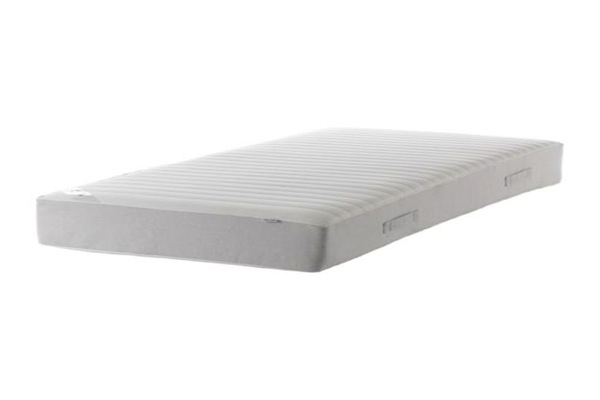 The IKEA Sultan Hagavik breathed more than its predecessor so people didn’t get too hot during the night, according to Viewpoints reviews.

The direct descendant of the Sultan Hasselback is the Sultan Hagavik Spring Mattress. With a Viewpoints score of 60/100, the Hagavik fell short of the bar its predecessor left, resulting in complaints of additional sagging and the mattress being too firm.

“It certainly was comfortable when we got it home. In fact half of it is still comfortable. The other half, not so much really, because it has a gigantic bowl shaped divot in it. Yes, we flipped the mattress regularly.” –girlndocs, Reviewer since 2009

“I have slept very badly since buying this mattress, I have since put a memory foam toper which has improved it but it’s still not great.” –Soreback1971, Reviewer since 2013

Not all of the response to this mattress has been negative, however. Some found it to be great for their back and helpful in regulating body temperature while sleeping.

“I haven’t had back pain nor have we had a [sleepless] night due to stored body heat. The Ikea Sultan Hagavik Spring Mattress is firm enough, but not too firm nor is it too soft. The mattress doesn’t create the body divots that the memory foam mattresses seem to do. The price was nice and we didn’t have to buy a box spring.” –JCStark, Reviewer since 2010

The third generation of the Sultan innerspring IKEA mattresses: the Sultan Hogla 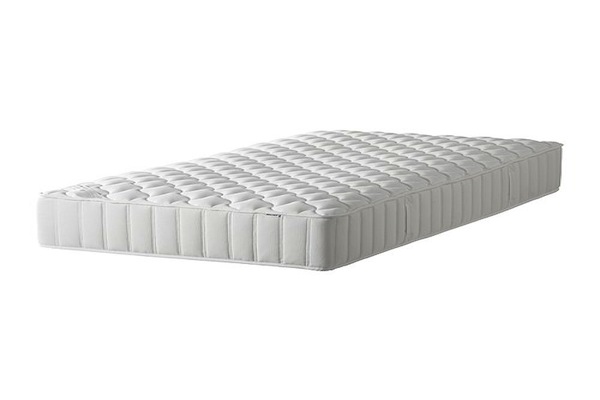 With the introduction of a foam top layer to the Sultan Hogla, this mattress appeals to firm and soft mattress preferences.

Though the Sultan Hogla has not yet been reviewed on Viewpoints, it is IKEA’s response to the negative reviews surrounding its predecessor. In this design it attempted to address the sagging problems, claiming to eliminate them as long as the mattress is flipped on a regular basis. It is ranked on IKEA’s scale as “most firm”, but there is a top layer of foam, which adds softness, addressing concerns about the mattress being too firm while at the same time still appealing to those who prefer a firm mattress.

Places like IKEA do have motivations for discontinuing a mattress for reasons other than improvements. But, if a mattress is good quality and selling well, it isn’t going to stop production and start marketing a new one with a different name and no apparent connection. So, these mattresses were discontinued in order for improvements to be made. Even though the Hagavik failed in improving the Hasselback, according to reviews, there is no reason to speculate the Hogla has as well.

But, as always is the case with mattresses, it is best to go to the showroom and try it out for yourself. Reviews of previous generations of the same product can only go so far, helping to narrow down options and consider mattresses that are too new to have built up many reviews. And, if you find that you don’t agree that IKEA has fixed the problems with the Hogla’s parent and grandparent mattresses, you can always take advantage of its 90-day “love it or exchange it” policy, as well as the 20-year warranty if the IKEA mattress you purchase has a defect.