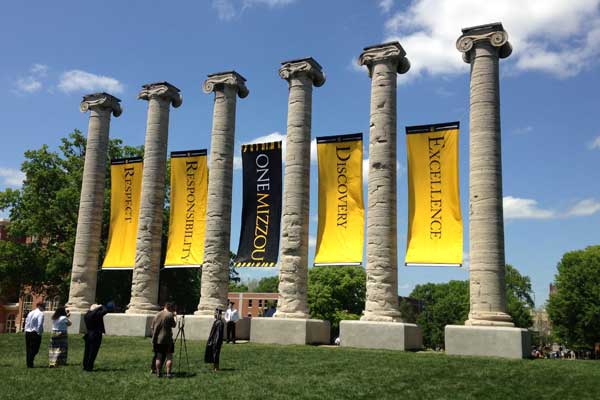 Going to college can be a step into the great unknown for first-time parents. Viewpoints contributor Terry Nakagawa shares what he learned setting up his son for life on campus.

Last year, my wife and I sent our oldest child off to college at the University of Missouri at Columbia where he is a journalism major. Like many parents, we were new to this, since it’s been years since we were going to college and things have changed … a bit.

He had a great freshman year, avoided the “Freshman 15,” made lots of new friends and is ready to go back to Mizzou this fall. He and three other friends are going to be living in a house off campus instead of the dorm, but that’s another story.

Here are some tips that may help you if your oldest child is going to college.

The summer before freshman year is fraught with nervousness and uncertainty:

Mizzou does a great job of preparing both incoming students and parents alike in what to expect, what they need and what not to worry about. Even so, there are things about going to college that you can only learn by doing.

Move into the dorm early

During summer orientation, it was stressed that while move-in is an all-day event, doing so early is going to be better and faster than later. I can now attest to the quality of that advice. We arrived in Columbia the night before move-in and planned on getting to the dorm as early as possible. Our move-in was fast, simple and easy, because we got to his dorm by 9:30 a.m. We had ample parking, got a cart and had him moved in within an hour. By noon, his bed was made, computer set up and posters were on the wall.

And while Mizzou does a decent job, under the circumstances, of managing the hordes of families and students, you can’t account for enough parking spaces or carts if 100 families show up at the same time. Which they will do—between noon and 2 p.m.

Some colleges also let you move in a day before the announced move-in date. But this usually comes with a fee of ~$25. Is it worth it? It all depends on your schedule and how much you have to move in.

You can buy anything you forget

First of all, while you CAN move everything from your child’s room, the real question is do you really need to? After all, they will be coming back home for the holidays and, more than likely, at the end of the school year. So there are things you can leave at home and if you need something, there’s probably a Target or Wal-Mart near campus where you can pick things up.

One of the best resources we learned about is that Bed Bath & Beyond (BB&B) (rated 72/100 on Viewpoints) has figured out the college scene almost to a T. Because it carries all sorts of housewares, it’s one of the best places to shop regardless if your child is a freshman or an upper classman. Linens, toiletries, furniture, cookware, barware, etc., can be found at BB&B.

What makes them better at this than other retailers is that you can pick out and buy anything you need at your local store and BB&B then transfers your order to the store in your college town FREE. All you do is show up at the BB&B at your college and pick up your order. If you don’t have a BB&B near you, or there’s not one near your college, you can simply go online, place your order and BB&B will ship your order to your child’s dorm. You won’t believe how much space and TIME this will save.

Couple this convenience with BB&B’s ubiquitous 20 percent off offers, and you’ll have a great deal. (Although during the time frame of fall semester move-in, prepare to pay a premium price for everything.)

The comforts of home

Every dorm room needs a mini-fridge, and virtually all schools provide rentals at the dorm for residents. This is unchanged from when we went to school; it’s just that fridge is likely to be larger than before. To me, renting one is the only way to go, but some people prefer to buy them.

Things like flat screen TVs though are different when going to college. Because prices of 26-in to 32-in HDTVs are below $200 now, having one in a dorm is almost a no-brainer. But the real question is who going to bring it: you or the roommate? Again, this is the kind of item you can buy on-campus and will save valuable space in your car or van.

The same goes for video game consoles. Playstation 3 or Xbox? You really need to coordinate with the roommate so that you’re not duplicating game systems. Transporting the console, controllers and games can save space. And remember, both Sony and Microsoft are going to be introducing next-generation game systems later this year, so maybe you don’t need to take your “old” system for now.

Laptop computers are a necessity when going to college, and most college bookstores allow you to order and buy your computers on campus. In fact, most bookstores have tech departments that will do your configuration for you and have supplemental tech-support service plans available. More than likely, though, your child will already have a computer, and all you need to do is sign up for tech support at the bookstore. But this should be a priority so that you can troubleshoot any issues (passwords, security, remote printing, etc.).

E-books and the iPad

Our son received an iPad 3 as a graduation present from his aunt and uncle last year. They thought that an iPad would be a college necessity with the arrival of e-books replacing conventional textbooks.

Oddly enough, our son did not have a single textbook available as an e-book last year at the University of Missouri. So before you run out and buy an iPad or Android tablet, check with the school’s bookstore to see if e-books are even an option. More than likely you can find this info out during summer orientation.

Maybe Mizzou is just a laggard in the e-book space (I doubt it). My guess is that university publishers are slow at e-book adoption because they have a sunk cost into printing equipment that they are reluctant to sundown, and they are earning more revenue through traditional textbooks. I would be surprised however, if he did not have at least a couple of e-books to choose from this year.

But the point is, your son or daughter may not need an iPad as much as you think they do. 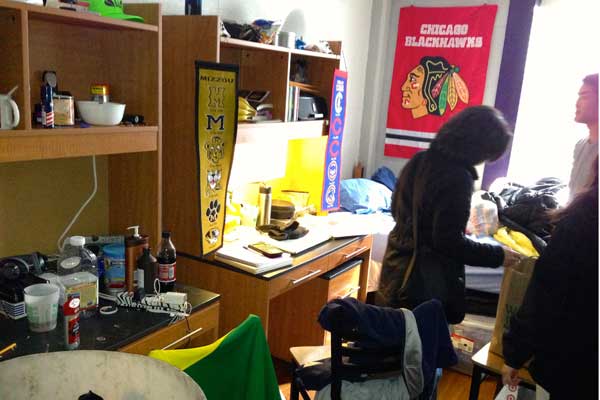 Most dorm rooms are small. Our son’s was 170.5 square feet — for 2 desks, 2 beds, 2 closets, etc. Don’t be surprised when you come back for a visit, and it still looks like move-in day. 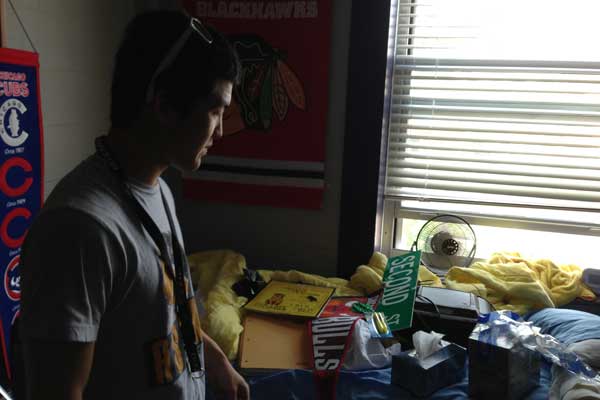 When we visited our son, Taylor, we also had to get over the shock of seeing a room badly needing maid service. Somehow, he survived without us and heads back this fall as a sophomore.

Reserve your hotel well in advance

Of course, we went to Parents’ Weekend, which was in late September last year, or about four weeks after we dropped him off. While we were really looking forward to seeing him, we learned that ANY weekend can be a parents’ weekend and that you shouldn’t be bound by the calendar.

Columbia, like a lot of college towns, is a small town (compared to our home, Chicago, anyway) and has a limited amount of hotel rooms. They fill up fast especially in the fall on game weekends. But hotel rooms are almost non-existent for Parents’ Weekend and Homecoming. What we learned, besides picking another weekend to go down this year, is that you may have to book multiple hotels a distance a way in order to have some sort of housing.

However, because most of the large hotel chains like Hilton (Hampton Inn, etc.), Marriott and Starwood (Sheraton, etc.) have great online access, you’ll find that while a hotel is sold out, they release and post available rooms as soon as they become available. We have seen rooms open up a lot especially in the week prior, and as late as Wednesday or Thursday prior to Parents’ Weekend, Homecoming, etc.

You just have to be diligent in monitoring the property sites (the aggregators like Priceline, Hotels.com are slower) and jump on a room the minute it shows up, because it won’t likely be available five minutes later. I have had the best success doing this late at night (after 11 p.m.) and have always been able to find a good room at a preferred hotel in town. 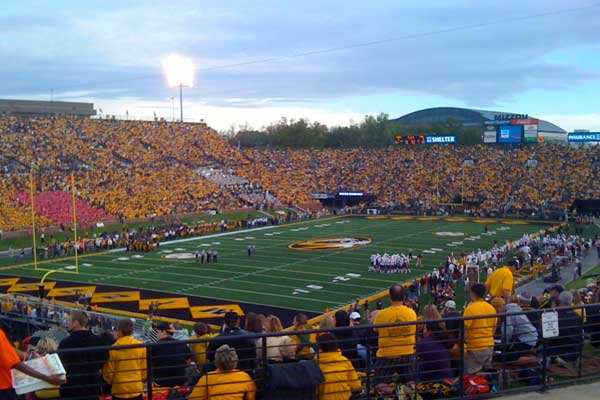 Parents’ Weekend will likely coincide with a football game. Make your hotel reservations as soon as your child enrolls!

College is a great time for our kids and the college experience is even better than it was for those of us who went to college in the ’70s and ’80s. Just remember: