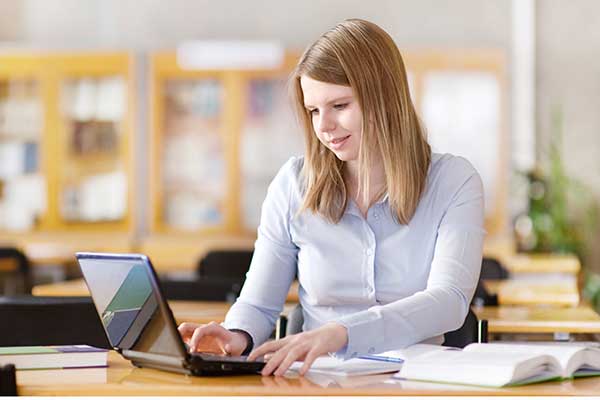 Go portable with a lightweight laptop at college.

Even though we’re in the middle of summer, it’s back-to-school time for all the computer manufacturers. Besides Christmas, back-to-school is the second most popular buying season for technology. What student doesn’t need a new computer to work on school projects. And if your son or daughter is starting their freshman year in college, then a lightweight laptop computer is more than likely a requirement.

There are four basic categories of lightweight laptops or sub-notebook  computers.

Lightweight laptops are the name of the game

For the purposes of this review, netbooks are immediately ruled out. Netbooks are obsolete technology and not worth it — especially considering all the alternatives, not the least of which is a tablet.

I’m also going to take Chromebooks out of consideration, primarily because if you really want the lowest-cost, lightweight computer you should buy a tablet—an iPad or an Android. The cost is about the same, but the functionality of a tablet far exceeds what a Chromebook can do.

Ultrabooks are the latest iteration of notebook computers. They run Windows 8 (some can be configured to run Windows 7), have the latest generation Intel Core i5 or i7 processors, and they can easily handle virtually all types of work from documents to spreadsheets to presentations. They are real computers in a lightweight suit.

Why is the MacBook Air a separate category? There are a few reasons: first it really defined the category and moved the market away from thinking a lightweight computer had to be cheap, limited and poorly designed (i.e. a bad keyboard). Secondly, because it runs Mac OS it represents a different approach to computing versus the way Windows is moving. And finally, because Apple has dropped the price of the Air to $999, it is on equal footing with all the Windows offerings. Plus, if your student is majoring in design, journalism, film, etc. they will more than likely have to select a Mac over Windows. Conversely, if your student is a business major, the school may require a Windows computer.

Here’s another thing to consider: a MacBook Air can install and run Windows very well via Apple’s Bootcamp, or VMWare’s Fusion 5, or Parallels. But a Windows computer can’t (easily, that is) install or run Mac OS. So if you like the design, functionality of a Mac, and/or you’re already heavily invested in the Apple eco-system with an iPhone or iPad, you can still buy a MacBook Air and run Windows.

The Ultrabook models vary by chipset and screen size. Most have flash hard drives, but some still have the old mechanical drives.

The designs are all over the board, but because the manufacturers are trying to, in many cases, combine a tablet with a notebook and optimize Windows 8. Many have twist screens that enable touch. Others that don’t offer a swivel screen have Windows 7 installed.

Lenovo outshines the others

After looking and feeling a number of ultrabooks, it’s clear to me that Lenovo’s offerings stand out from the others. Lenovo is essentially the old IBM ThinkPad line of notebooks, and, having used ThinkPads in the past, I can attest to their functionality and design.

There are two Lenovo models that I would strongly recommend: 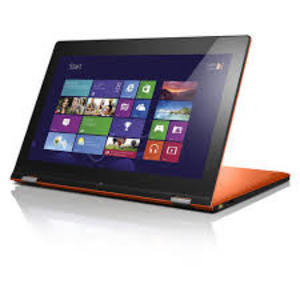 Both of these computers are exceptionally designed. ThinkPads have arguably the best-designed keyboards. Their design relies on making sure that the way a finger contacts the key provides a solid and definitive action sort of like the touch of keys on a piano. The keyboards are fullsize, and the ThinkPad also has a secondary pointing device (the familiar TrackPoint red joystick) located in the middle. Some people like this pointing device more than a trackpad. It was invented almost 20 years ago way before trackpads. I find them to be somewhat cumbersome, but their accuracy has improved tremendously.

Most importantly, both of these Lenovo ultrabooks are a great study in comprehensive design, much the way Apple constructs its products. In fact, Lenovo probably doesn’t get enough credit for their industrial design, which I think gives it a competitive advantage versus other PC makers. In short, there is nothing cheap feeling about these ultrabooks.

Their cases are covered in a rubberized material so that they impart a feeling of solidity. The original ThinkPads were one of the first notebooks to use aluminum in their cases. The rubber skin is on all surfaces and gives a secure feeling that you won’t drop your computer. This is especially important considering that you would be handling this computer much more especially when converting it to tablet mode, or simply using it as a tablet.

Tech spec-wise both Lenovos are comparable to the MacBook Air. Inside, there are a choice of processors, both latest generation Intel Haswell chipsets—Core i5 and Core i7. Both have flash hard drives and ample memory of 8GB. They are heavier than a MacBook Air at around three to three and a half pounds. Neither have an internal CD/DVD drive, but they have ample ports for fast external connectivity, featuring USB 3.0, HDMI and an SD card slot. Battery life is good at a claimed eight hours for the Yoga and six hours for the ThinkPad.

Price wise, these computers are more expensive in some configurations than a MacBook Air. The ThinkPad starts at $800 and goes to $1,099. The Yoga is more expensive. Its least expensive model is $899, but in general the price range is from $1,399 to $1,549.

The differences between the two models are screen size; the ThinkPad is smaller at 12.1 inches compared to the Yoga’s 13.3-inch screen. The ThinkPad screen twists and folds to convert into a tablet while the Yoga simply folds its screen over onto its back for tablet mode.

I wanted to be able to recommend an HP ultrabook, but after looking at them, they’re really just half-hearted attempts. In fact, what HP calls an ultrabook really isn’t. The HP Envy 6z-1100 Sleekbook, which sells for an incredibly low $429, is just a notebook computer. The one defining spec that makes a notebook an ultrabook in is weight. And the Envy is chubby at 4.75 pounds. Its screen probably accounts for a large portion of that since it’s 15.6-in diagonally. 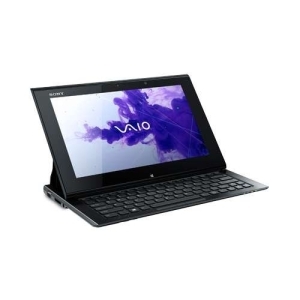 The Sony Viao Duo Hybrid Convertible has an interesting and unique design. It’s lightweight at 2.87 pounds (11.6-in screen) and it converts to a tablet. But it’s pricey like the Lenovos starting at $1,199 for the 11.6-in model and $1,399 for the 13.3-in. Sony even includes a stylus for using the touchscreen Windows 8.

Toshiba has always made solid notebooks and its Satellite U925T-S2120 Ultrabook Convertible is competitive. At $849 it’s affordable, and it’s relatively light at 3.35 pounds. But there’s nothing that spectacular about it, and it’s not that much cheaper than a MacBook Air.

The MacBook Air still the leader 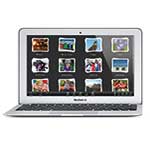 So while I think the Lenovo ThinkPad and Yoga are excellent ultrabooks and superb choices if you want a Windows computer, I still think the MacBook Air (96/100) is the best example of a lightweight, powerful, sub-notebook computer.

The least expensive MacBook Air starts at $999 (11.6-in model) and goes up to $1,299 for the 13.3-in version. You can customize your Air in a number of ways: add memory, increase the flash hard drive size, etc. But even then, the MacBook Air is no more expensive, and in most cases cheaper, than a Lenovo Yoga.

Plus, Apple has two pricing advantages. If you’re buying a computer for your child you qualify for an education discount. The base price will drop by at least $50 on the 11.6-in and $100 on the 13.3-in model, but if you customize it, all other components will be discounted, too. More importantly, if you add AppleCare (highly recommended), it, too, is discounted significantly ($183 vs. $249 normally).

Add to this, during the summer Apple always has a education promotion. In the past it has offered a free iPod Touch. This year Apple is offering a $100 App Store Gift Card which you can use on software or apps or games.

With its recent refresh, (faster processor, faster memory, storage, next-gen Wi-Fi and a lower price), the MacBook is an even better value.

Your choice: Mac or PC

If you must have a Windows 8 computer, or you don’t like Apple, either of the Lenovo ultrabooks are an excellent choice. Their design and attention to detail are superior to any other PC manufacturer out there, and I’m certain that you’ll have a solid computer that will be trouble free and last.

But if you’re invested in the Apple eco-system with an iPhone and/or iPad, the MacBook Air is one of the best computers, not just notebooks, that you can buy.