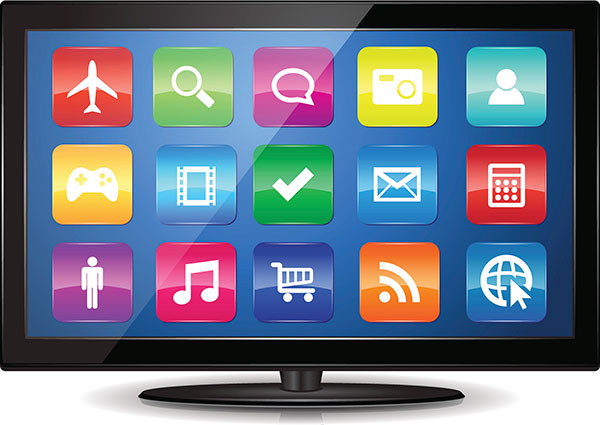 Many users aren’t taking advantage of the apps and interactivity offered by Smart TVs. They’re still just TVs for many owners.

There are computers and there are TVs. There are Xbox Ones and there are PS4s, Apple TVs and Roku boxes. All of them offer movies, music, news, sports—all of the information and entertainment you could possibly absorb. All these devices compete for one screen: the television.

TV isn’t particularly smart, traditionally. Interfaces are clumsy and unintuitive, and there isn’t a lot up there in the way of recognition software, recommendations or interactivity. Mostly, you’re stuck browsing channels like it’s 1993, or painfully browsing through a list of terrible on demand movies.

Enter the Smart TV. Instead of changing the game, it looks to simplify it. Just one ‘on’ button, one screen, and endless possibilities. If you’ve been having trouble deciding which device to watch Netflix on, fret no longer. However, is that really enough to make a Smart TV a Smart investment? What can a Smart TV do that a tablet or a laptop on your lap can’t?

A good Smart TV has an interface that is as refreshing as a cold shower, with intuitive gesture controls, or the ability to use your smartphone as a remote. The brave could even attempt voice commands, but I think we’re all pretty disillusioned by those. The home screen is free of clutter, with apps in the foreground.

Smart TV apps offer up Netflix, Facebook and YouTube, among others. You can browse the web. You can put on music via Spotify or Pandora. If you wish, you can video chat, or share pictures on your television.

In other words, nothing you can’t do on your second screen—your tablet or laptop. And that seems to be how people prefer their TV—separate from their internet. According to a study by NPD, 60 percent of Smart TV users are accessing video services through the TV. Most users hadn’t used any of the features like web browsing, Facebook, online games, or video calling. They’re just using their TV to, well, watch TV.

A basic 32 inch Smart TV will cost around $400 dollars, twice as much as a basic 32 inch “dumb” TV. A more advanced Smart TV can cost upwards of $4,000, and include, say, more advanced recommendation software, or voice commands. For that kind of money, you can buy one of the alternatives; Xbox One, Apple TV or even a HDMI compatible computer which will allow you to put Netflix up on the big screen. With the Smart TV you’re paying for a streamlined interface.

Is a Smart TV worth the money? It obviously depends on who you are and how deep your pockets go. Smart TVs will inevitably overtake the market, though, getting better as well as cheaper. Probably not worth the money here in 2013, but maybe worth the wait.

Editor’s note: If you have professional experience with televisions, Viewpoints is recruiting experts in priority product categories to write for our blog. Check out this overview of the Viewpoints Category Expert Program, including qualifications, compensation and how to apply.

Ivan Thomas works at Fueled, a NYC based mobile application and development company .