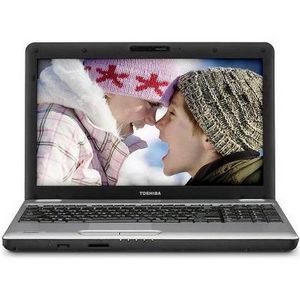 I have had this laptop for four years now and I have only ever had one issue with it. The power cord adapter went bad after about two years. However, I contacted Toshiba and they replaced it for me for free, since I was unable to find a replacement on my own. I did not want to buy one that was off-brand. Most people will just purchase another one from a different company, without contacting the manufacturer, once their warranty is out of date. Mine was out of date for only a month, so I was lucky that they were so helpful. I definitely this this laptop is a good buy. I have never had to have it serviced. It runs well, the graphics package is great, and it was not as money as other laptops out there do not run half as well. I know it is now discontinued, but I am sure someone will be looking for a review if they want to pick it up secondhand. I would recommend this laptop even secondhand. Support & Service Toshiba replaced my power adapter at no cost to me, so I would not have to buy an off brand adapter. Design The screen is a great size and it has a very sleek design.

The Toshiba Satellite L505 is speedy as well as easy to pack up and carry along wherever you go. As others reported, the speakers are poor. Ease of Use The Toshiba is great for beginners as well as those with more computer knowledge. Battery Life Even new the battery didn't last anywhere close to the time Toshiba stated. But from talking to other Toshiba owners, this is typical. Support & Service N/A Speed/Performance Speedy with excellent performance.

I got this laptop in August 2012. I only use it for email, typing documents, and surfing the web. It is a good computer for those activities. I am not a gamer or watch movies on my computer, so I can't attest to that. The laptop is very lightweight and has a built in camera, which is cool to use with Skype. I am not sure how durable the computer will be. I think it will last about 3 years. Then it will need an upgrade. I was kind of bummed it did not come with the Office Suite. But the free versions of those programs work well! It has a LONG battery life, is easy to type on (love the number pad), and is lightweight/portable.

I've had this laptop for three years now and it's still going strong. I love having a full keyboard on a laptop so this was a big selling point for me. The price was great and considering how long it has lasted, definitely worth it.

When my HP notebook died, I looked for a replacement that had a wide screen. Although I didn't get quite the size of my monster HP, I got a good-sized screen in my Toshiba Satellite L505-S5988. I don't really notice the reduced size of the screen; the Toshiba seems large enough to have everything in view that I want or need. One great thing about the Toshiba that I like better than my old HP laptop: it is very lightweight. I can pick it up with one hand (not recommended). When I'm traveling, I can hardly tell I've packed my laptop, compared to the old HP. It isn't the lightest laptop around, but it's a nice weight. Its speed is amazing. I am totally satisfied with how quickly programs open and how fast it boots up. Again, compared to my 2006 HP, it seems extremely fast. I use it for Photoshop work, and I have no complaints about how quickly it opens large graphics. This Toshiba came with Windows 7, and while it took a bit of time to learn the new operating system, I actually like it now, in most ways. I really like the built-in video camera for Skype. Makes it so easy to talk to my hubby when he's on the road. The Toshiba's flaws: only two USB ports, and they are both on the right side, close together. It would have made more sense to put them on the left, where they wouldn't be right next to my wireless mouse, fighting for space in cramped quarters. And only two USB ports? Nonsense. Also, there is no mute button, and the volume scroll wheel doesn't stop. You can't easily tell whether the volume is up or down because it will go on scrolling forever. [My final gripe with the Toshiba Satellite is the lack of any ports for data cards. I can't plug my camera's SD or XD card directly into the laptop. UPDATE: A reader kindly told me the SD slot is below the left keyboard mouse button. I found it and feel like an idiot.] Granted this is a low-cost option, and they didn't advertise it with a lot of bells and whistles, but with just a few small tweaks, this could have been my favorite laptop ever. Ease of Use The volume dial is worthless. It's unresponsive or at least very slow to respond. Battery Life After having this laptop for about two years and keeping it plugged in most of the time, I've reduced the battery life to about 45 minutes. My own fault. Never keep your laptop plugged in constantly. Support & Service I can't judge - I haven't had occasion to use it. Speed/Performance After two years, it's slowing down. Durability The fan cover "gills" on the left side have almost all broken off. The fan heats up so much I can't set the laptop directly on my lap because the bottom will almost scorch me.

I've owned this Toshiba laptop for over a year and have been very pleased with its performance. The screen size is generous. The keyboard has a number keypad on the right which is helpful when I balance my checkbook. The only complaints I have are related to the volume and battery life. The speakers are not loud enough in my opinion. After a year of use, I now have to keep the laptop plugged in constantly because the battery has about ten minutes of life in it when it is unplugged. I have two small children who like to play games on the internet. They have abused it by dropping it, pounding on the keys, putting sticky substances on it and the computer has held up well through it all. I would recommend this laptop to my friends.

This is my 1st laptop. I am amazed at the ease of using it. It is quite user friendly. The intial start up was very basic. Has very basic programs on the laptop but certainly enough if you plan on using it for general home use. The keyboard is perfect sizing for this laptop! We have been more then happy with the battery life as well. Generally I can unplug it after the full charge & use it for about 2 hours.  Two major disappointment are: 1) that the screens scroll when you are on the internet. Even if you put the scroll lock on it still scrolls. This is a major frustration. 2) the volume on this laptop is horrid. You need a hearing aid just to be able to listen to music or a movie.

For the most part I am very pleases with my Toshiba. My 2 year old daughter spilled my coffee into my other laptop and so I had to get another one. I use my laptop for work, school, and for pleasure. I guess it is my credit card for most people I don't leave home without it. When I went to buy another laptop I found this Toshiba at a really good price. It has alot of upgraded programs on it and free trial programs that I don't usually bother with. I really enjoy the clarity of the screen and the fact that it is lightweight. However I don't like the fact that you can not hear through the speakers, and the sound quality is horrible. Because I do use my laptop for work and for school I need a laptop with a long in use battery time in which the Toshiba does not. I hav to keep it chargeing most of the time which doesn't allow me to take it with me all of the time. For someone that is looking for a good price, lightweight, laptop that doesn't need it on the go this is a great product. I am satisfied with mine I just wish some things were more improved.

Overall the Toshiba L505 is a decent, good working laptop. I don't really use it for anything work related, so can't say how it would work for someone's business use. I use mine  for e-mail, facebook, and playing games and have no complaints.

I bought the L505-S5971 a little less than two years ago. I has lasted me since -- it has never crashed, never given me the "blue screen of death". It consistently runs quickly, especially because I "take care" of the software by using antivirus. It has a 15.6" HD screen, which regrettably makes it a bit bulky and heavy when I try to take it to class. It runs on an Intel Core Duo processor. It has 4 GB SDRAM, one of the factors influencing its speed, and 250 GB HDD, which gives me plenty of space to keep my documents, pictures, music, and more. It features a built-in web cam (unfortunately, the video quality is sub par, so you may want to invest in your own webcam if you plan to Skype a lot). The microphone is also built in, too, but ever since I changed to Windows 7 (yes, it was originally purchased as a Windows Vista computer), occasionally the microphone gives me problems, and I always have to manually check to see if it's on. The speaker sound could be better, but passable, and easily circumventible by using earbuds. There are three USB ports on this computer, an ethernet jack, and the standard headphone and microphone jacks, if you choose to use those. The CD/DVD reader/writer does its job (occasionally being a bit noisy). Unfortunately, this laptop lacks the S-Video jack to connect to a TV, so if that's something you want, you will have to buy the VGA jack, which only works with HDTVs. The battery life is not as long as I would like (just over 3 hours -- probably less, depending on the programs you are running), but if you use it on Eco settings, it can last longer, like a bit more than 4. Overall, though, the price was very reasonable for such an attractive and fast laptop. I will probably continue using this laptop for 2 more years or more (depending on what new features the computers of the future will have). Even if I choose to buy a new computer, I will still use this one as a laptop. It has lasted through two years of college -- I know it can last for many more years as well.